The advantages of finned tubes

Transferring heat from a hot fluid into a colder fluid through a tube wall is the reason many of us use finned tubes. But you may ask, what is the major advantage of using a finned tube? Why can’t you just use a regular tube to make this transfer? Well you can but the rate will be much slower.

Finned tubes increase outside the surface area. By having a finned tube in place, it increases the overall heat transfer rate. This then decreases the total number of tubes required for a given application which then also reduces overall equipment size and can in the long-run decrease the cost of the project. In many application cases, one finned tube replaces six or more bare tubes at less than 1/3 the cost and 1/4 the volume.

For applications that involve the transfer of heat from a hot fluid to a colder fluid through a tube wall, fin tubes are used. Usually, for an air heat exchanger, where one of the fluids is air or some other gas, the air side heat transfer coefficient will be much lower, so additional heat transfer surface area or a fin tube exchanger is very useful. The overall pattern flow of a finned tube exchanger is often crossflow, however, it can also be parallel flow or counterflow.

The rate at which such heat transfer can occur depends on three factors – [1] the temperature difference between the two fluids; [2] the heat transfer coefficient between each of the fluids and the tube wall; and [3] the surface area to which each fluid is exposed. 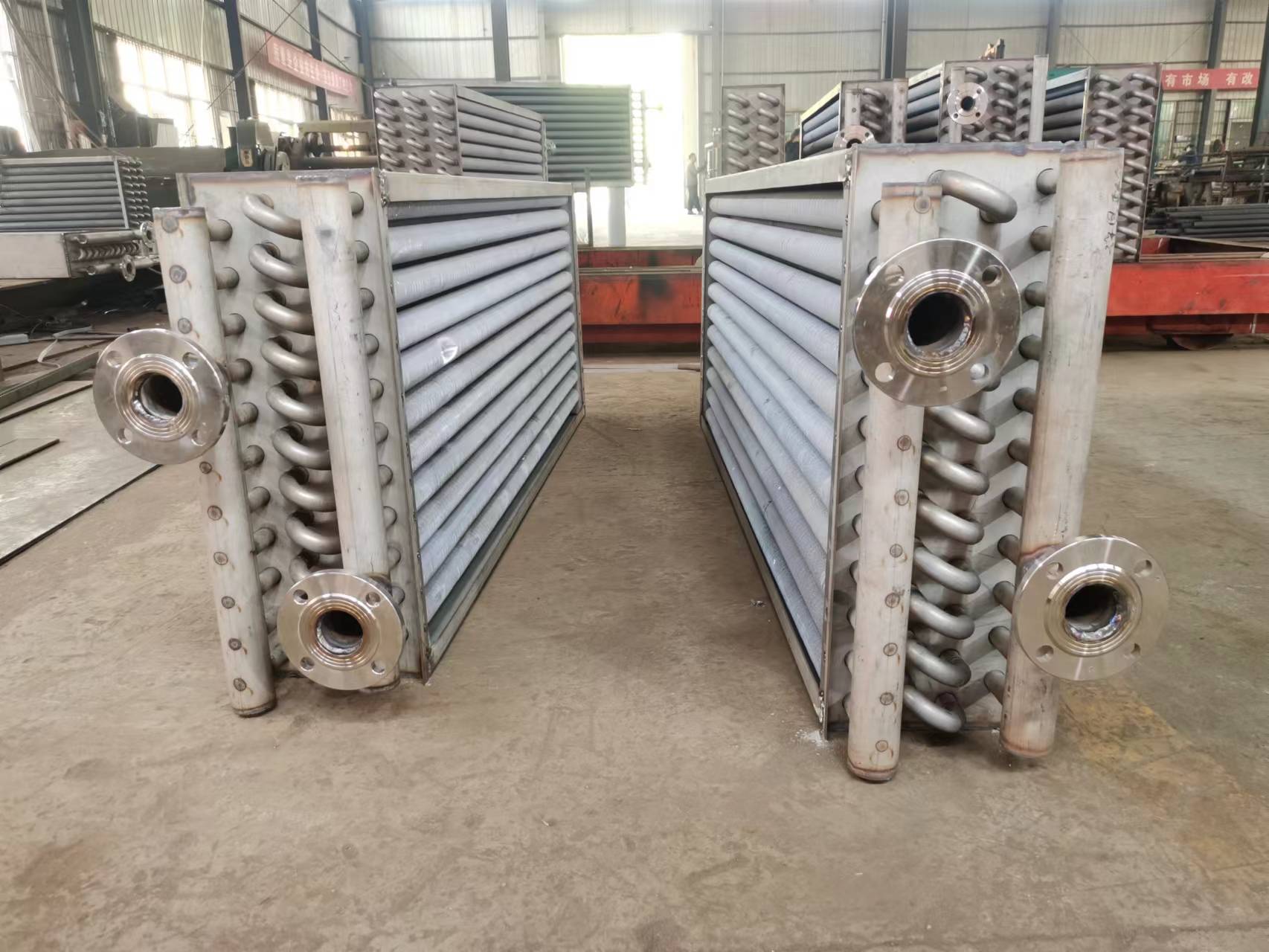 Finned tubes are used because they help

A finned tube exchanger typically has tubes with fins attached to the outside. Usually, there will be some liquid flowing through the inside of the tubes and air or some other gas flowing outside the tubes, where the additional heat transfer surface area due to the finned tube increases the heat transfer rate. In a crossflow fin tube exchanger, the fins will typically be radial fins and they’ll either be circular or square in shape.

By having a finned tube in place, it increases the overall heat transfer rate. Finned tubes increase the outside surface area. This decreases the total number of tubes required for a given application which then also reduces overall equipment size and can in the long-run decrease the cost of the project.

Finned tube heat exchangers are used in a variety of applications, and more so as industrial heat exchangers. An air heat exchanger like the evaporator coil in an air conditioning unit is typically a fin tube exchanger. Another common fin tube air heat exchanger is the car radiator. The purpose of the car radiator is to cool the hot water in the tubes with the air passing through the crossflow. On the contrary, the air conditioner evaporator coil has the purpose of cooling the air passing through it. The finned tubes that are manufactured at Kainon Boilers, use high grade carbon steel, stainless steel, copper, brass, and aluminum. Our finned tube exchangers are designed to meet the specific duty condition, temperature and pressure of the fluids. 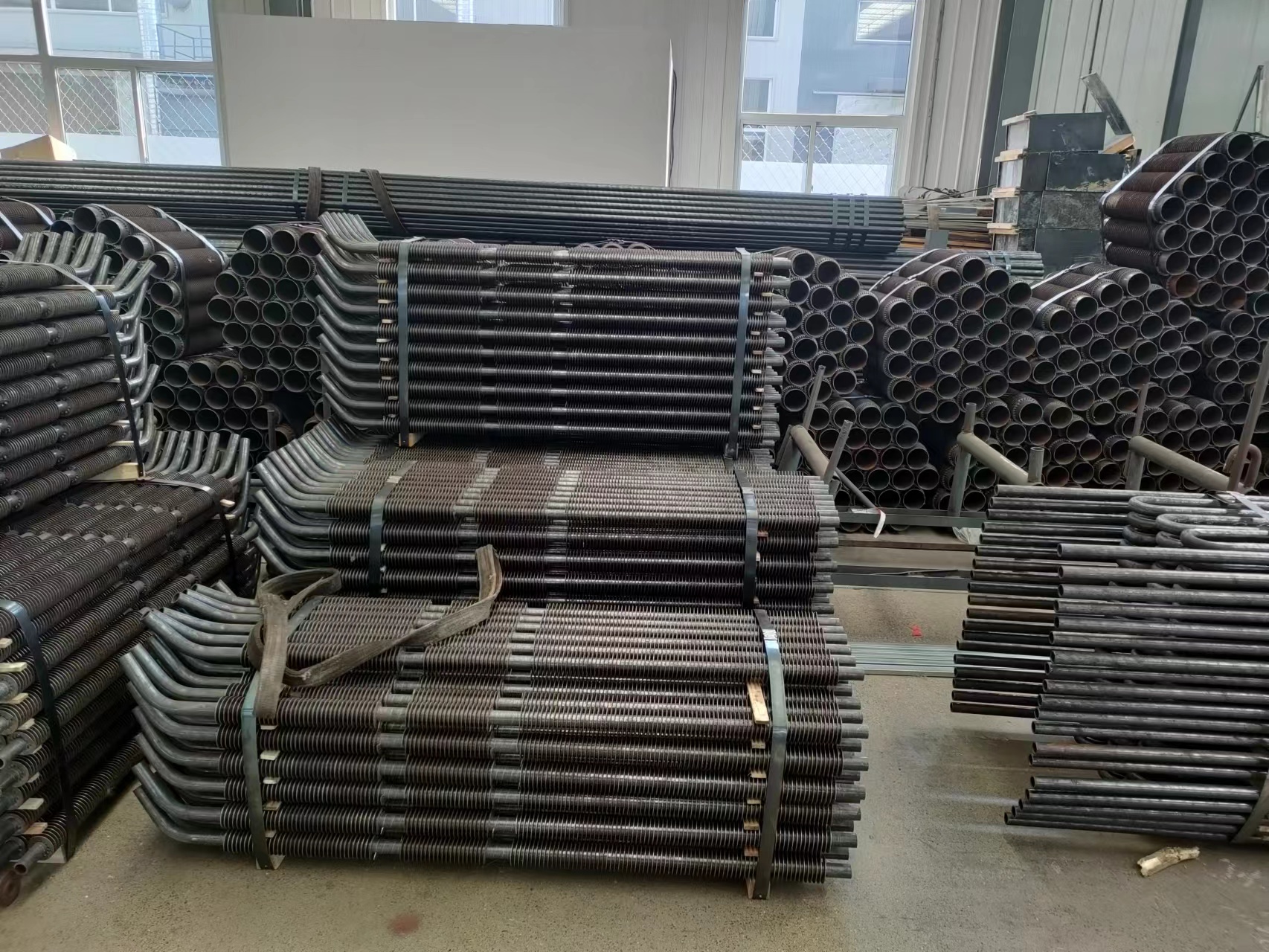